In the Theravada Buddhist tradition, walking meditation is an  essential part of their training and lifestyle. In Thailand monasteries,  many monks will walk for long hours as a way of developing  concentrations – sometimes as much as ten or fifteen hours a day!

Of all walking meditations that I found, this is the one with the most elaborate mental aspect of the training.

In Japanese Zen, this is called kinhin. Practitioners  walk clockwise around a room, in a very specific posture. It is usually  done between sessions of seated meditation practice (zazen).

This is the walking meditation with the slowest pace. I once did one hour of kinhin practice (during a night long meditation) and covered only about 150 meters!

The Vietnamese monk Thich Nhat Hanh, which is a notable influence in  the modern mindfulness movement and in modern Buddhism, has a simplified  approach to walking meditation. Different from other techniques, this  one makes use of affirmations in order to produce positive mental  states.

You can learn more about his approach and philosophy through a book he co-authored.Are your customers raving about you on social media? Share their great stories to help turn potential customers into loyal ones.

This is an adaptation of traditional Buddhist walking meditation by  the modern mindfulness movement. Instead of being a practice of  concentration (focused attention) – as it is in the Theravada tradition –  it is more of an open monitoring practice. In other words, the attention is not laser focused on the  soles of the feet; instead, it is present to the variety of sensations  and perceptions of the present moment.

Here are some pointers:

The only practices I found were a couple by Swami Sivananda (in his old-school book The Science of Pranayama), and one by Swami Satyananda (in his book Sure Ways to Self-Realization)  – of which I present adaptations here. If you know of other Yoga-based  walking meditation, let me know and I’ll update this section.

The idea of this exercise is to coordinate different types of pranayama (breathing regulation) with the stepping. This is often more  challenging, from a breathing point of view, than other types of walking  meditation. Unlike other practices, in which we simply observe the  breath, in pranayama we actively guide the breath. It may  require some previous training in these breathing exercises in seated  position for you to be able to do it comfortably.

Pranayama is a huge topic and there are many powerful practices. A more detailed exploration may be the subject of a future post.

Before starting any of the following exercises, take some time to  really calm the breathing. Breathe with the suggested pattern for a few  times, just standing, before you start with the steps.

In both cases, every step is one second.

In this exercise there is inhalation, retention and exhalation, all the same length.

This practice is traditionally called Chankramanam. Here you synchronize the mental repetition of a mantra with your steps.

Keep your pace and your breathing steady, and repeate your mantra  with each step (if it’s a short one); or break it into a few steps (for  longer mantras).

https://www.youtube.com/watch?v=6eXyTL8-2_A In the Chinese tradition we find some walking meditations that are  more focused on physical health; others use visualization to harmonize  body and mind; and yet others are more “freeform”. Let’s discuss a few  of these exercises here. They are presented in no particular order, and  are not requisites for one another.

This is a technique taught in the lineage of Wang Liping.

A variation of this method is to hold your breath for the same number of steps, right after inhalation.

Exercise 2 (Pulled By The Dantien)

Walk normally, but focus your attention on the dantien. Feel  that your body is being pulled forward from this center, effortlessly.  If you habitually lead with the head, chest, or pelvis, you may find  this exercise grounding and energizing.

The Daoist martial arts (like Taiji, Bagua, Xingyi) have very  specific ways of walking. Although these do include some mental training  as well, the emphasis is more on the physical health aspect, or on  martial development. So I will not explore them in this post.

For those interested, see this and this to have a taste for it.

This employs the principle of non-doing (wu wei) to move without  conscious mental effort, without destination or purpose, aimlessly.

The Illusion of Death

Meditation  isn’t about becoming a different person, a new person, or even a better  person. It’s about training in awareness and getting a healthy sense of  perspective. You’re not trying to turn off your thoughts or feelings.  You’re learning to observe them without judgment. And eventually, you  may start to better understand them as well. 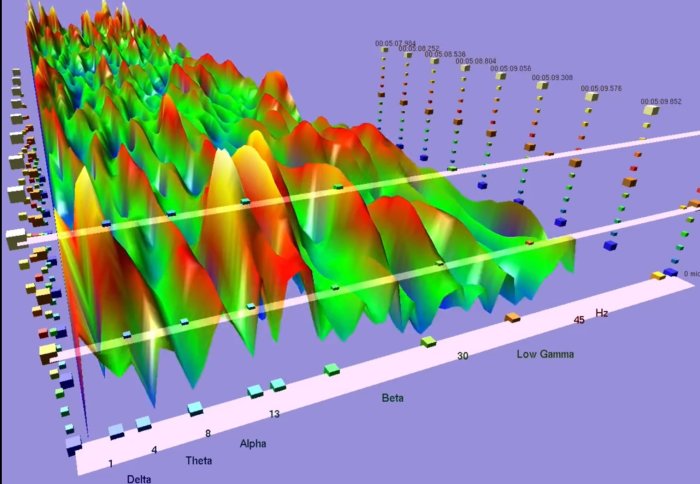 Scientists have peered inside the brain to show how taking DMT affects human consciousness by significantly altering the brain’s electrical activity.

DMT (or dimethyltryptamine) is one of the main psychoactive constituents in ayahuasca, the psychedelic brew traditionally made from vines and leaves of the Amazon rainforest. The drink is typically prepared as part of a shamanic ceremony and associated with unusual and vivid visions or hallucinations.

The latest study is the first to show how the potent psychedelic changes our waking brain waves – with researchers comparing its powerful effects to ‘dreaming while awake’.

The work, led by researchers from the Centre for Psychedelic Research at Imperial College London and published today in the journal Scientific Reports, may help to explain why people taking DMT and ayahuasca experience intense visual imagery and immersive ‘waking-dream’ like experiences.

DMT is a naturally occurring chemical found in miniscule amounts in the human brain but also in larger amounts in a number of plant species around the world.

Accounts from people who have taken DMT report intense visual hallucinations often accompanied by strong emotional experiences and even ‘breakthroughs’ into what users describe as an alternate reality or dimension.

It’s clear these people are completely immersed in their experience – it’s like daydreaming only far more vivid and immersive, it’s like dreaming but with your eyes openChristopher TImmermannCentre for Psychedelic Research

But scientists are interested in using the powerful psychoactive compound for research as it produces relatively short but intense psychedelic experiences, providing a window for collecting data on brain activity when consciousness is profoundly altered.

In the latest study, the Imperial team captured EEG measures from healthy participants in a clinical setting, in a placebo-controlled design.

A total of 13 participants were given an intravenous infusion of DMT at the National Institute for Health Research (NIHR) Imperial Clinical Research Facility. Volunteers were fitted with caps with electrodes to measure the brain’s electrical activity, before, during and after their infusion, with the peak of the psychedelic experience lasting around 10 minutes.

Analysis revealed that DMT significantly altered electrical activity in the brain, characterised by a marked drop off in alpha waves – the human brain’s dominant electrical rhythm when we are awake. They also found a short-lived increase in brainwaves typically associated with dreaming, namely, theta waves.

In addition to changes in the types of brainwaves, they also found that, overall, brain activity became more chaotic and less predictable – the opposite to what is seen in states of reduced consciousness, such as in deep sleep or under general anaesthesia.

“The changes in brain activity that accompany DMT are slightly different from what we see with other psychedelics, such as psilocybin or LSD, where we see mainly only reductions in brainwaves,” said lead author Christopher Timmermann, from the Centre for Psychedelic Research.

“Here we saw an emergent rhythm that was present during the most intense part of the experience, suggesting an emerging order amidst the otherwise chaotic patterns of brain activity.

"From the altered brainwaves and participants’ reports, it’s clear these people are completely immersed in their experience – it’s like daydreaming only far more vivid and immersive, it’s like dreaming but with your eyes open.”

Research with DMT may yield important insights into the relationship between brain activity and consciousness, and this small study is a first step along that roadDr Robin Carhart-HarrisCentre for Psychedelic Research

Mr Timmermann explains that while it’s unclear as to whether DMT may have any clinical potential at this stage, the group hopes to take the work further by delivering a continuous infusion of DMT to extend the window of the psychedelic experience and collect more data.

The team says future studies could include more sophisticated measurements of brain activity, such as fMRI, to show which regions and networks of the brain are affected by DMT. They believe the visual cortex, the large area towards the back of the brain, is likely to be involved.

Dr Robin Carhart-Harris, head of Centre for Psychedelic Research, said: “DMT is a particularly intriguing psychedelic. The visual vividness and depth of immersion produced by high-doses of the substance seems to be on a scale above what is reported with more widely studied psychedelics such as psilocybin or ‘magic mushrooms’.

“It’s hard to capture and communicate what it is like for people experiencing DMT but likening it to dreaming while awake or a near-death experience is useful.

“Our sense it that research with DMT may yield important insights into the relationship between brain activity and consciousness, and this small study is a first step along that road.”