The British, Chinese, and United States armed forces are testing how interconnected, cooperative drones could be used in military operations. Inspired by a swarm of insects working together, drone swarms could revolutionize future conflicts, whether it be by overwhelming enemy sensors with their numbers or to effectively cover a large area for search-and-rescue missions. The difference between swarms and how drones are used by the military today is that the swarm could organize itself based on the situation and through interactions with each other to accomplish a goal. While this technology is still in the experimentation stage, the reality of a swarm that is smart enough to coordinate its own behavior is moving closer to reality. Aside from the positive benefits of drone swarms to minimize casualties, at least for the offense, and more efficiently achieve a search-and-rescue objective, the thought of machines equipped with weapons to kill being able to "think" for themselves is fodder for nightmares. Despite the negative possibilities, there seems to be little doubt that swarm military technology will eventually be deployed in future conflicts.

For smart home devices to respond to queries and be as useful as possible, they need to be listening and tracking information about you and your regular habits. When you added the Echo to your room as a radio and alarm clock (or any other smart device connected to the Internet), you also allowed a spy to enter your home. All the information smart devices collect about your habits such as your viewing history on Netflix; where you live and what route you take home so Google can tell you how to avoid traffic; and what time you typically arrive home so your smart thermostat can make your family room the temperature you prefer, is stored in the cloud. Of course, this information makes your life more convenient, but there is also the potential for abuse. In theory, virtual assistant devices listen for a "wake word," before they activate, but there are instances when it might think you said the wake word and begin recording. Any smart device in your home, including gaming consoles and smart TVs, could be the entry point for abuse of your personal information. There are some defensive strategies such as covering up cameras, turning off devices when not needed and muting microphones, but none of them are 100% foolproof.

There are some incredibly useful applications for facial recognition, but it can just as easily be used for sinister purposes. China stands accused of using facial recognition technology for surveillance and racial profiling. Not only do China's cameras spot jaywalkers, but they have also monitored and controlled Uighur Muslims who live in the country. Russia's cameras scan the streets for "people of interest," and there are reports that Israel tracks Palestinians inside the West Bank. In addition to tracking people without their knowledge, facial recognition is plagued with bias. When an algorithm is trained on a dataset that isn't diverse, it is less accurate and will misidentify people more.

With the support of artificial intelligence (AI), all that’s needed to create a clone of someone’s voice is just a snippet of audio. Similarly, AI can take several photos or videos of a person and then create an entirely new—cloned—video that appears to be an original. It’s become quite easy for AI to create an artificial YOU and the results are so convincing our brains have trouble differentiating between what is real and what is cloned. Deepfake technology that uses facial mapping, machine learning, and artificial intelligence to create representations of real people doing and saying things they never did is now targeting "ordinary" people. Celebrities used to be more susceptible to being victims of deepfake technology because there was abundant video and audio of them to use to train the algorithms. However, the technology has advanced to the point that it doesn't require as much raw data to create a convincing fake video, plus there are a lot more images and videos of ordinary people from the internet and social media channels to use.

When high-powered technology falls into the wrong hands, it can be very effective to achieve criminal, immoral, and malicious activities. Ransomware, where malware is used to prevent access to a computer system until a ransom is paid, is on the rise according to the Cybersecurity and Infrastructure Security Agency (CISA). Artificial intelligence can automate tasks to get them done more efficiently. When those tasks, such as spear phishing, are to send out fake emails to trick people into giving up their private information, the negative impact could be extraordinary. Once the software is built, there is little-to-no cost to keep repeating the task over again. AI can quickly and efficiently blackmail people or hack into systems. Although AI is playing a significant role to combat malware and other threats, it's also being used by cybercriminals to perpetrate the crimes.

Microelectromechanical systems (MEMS), the size of a grain of salt, have sensors, communication mechanisms, autonomous power supplies, and cameras in them. Also called motes, this smart dust has a plethora of positive uses in healthcare, security, and more, but would be frightening to control if used for evil pursuits. While spying on a known enemy with smart dust could fall into the positive column, the invasion of a private citizen’s privacy would be just as easy.

GROVER is one AI system capable of writing a fake news article from nothing more than a headline. AI systems such as GROVER create articles more believable than those written by humans. OpenAI, a nonprofit company backed by Elon Musk, created “deepfakes for text” that produces news stories and works of fiction so good, the organization initially decided not to release the research publicly to prevent dangerous misuse of the technology. When fake articles are promoted and shared as true, it can have serious ramifications for individuals, businesses, and governments.

=Artificial intelligence In the year 2030

...Mercedes' CES showcar is an Avatar-inspired look at an autonomous future

...Mercedes' CES showcar is an Avatar-inspired look at an autonomous future

Called Vision AVTR, this Mercedes-Benz concept looks to merge driver with car through biometric tech and an immersive look at the world outside.

This story is part of CES 2020, our complete coverage of the showroom floor and the hottest new tech gadgets around.

Some futuristic, way-off concept cars look like they're straight out of the movie Avatar. Mercedes-Benz's latest concept, debuting at CES 2020 on Monday, takes that connection one step further. Called Vision AVTR, for Advanced Vehicle Transformation, the show car is the result of an actual partnership between Mercedes-Benz and James Cameron's far-out film franchise.

Make no bones about it, this is a crazy-weird concept car. (Then again, have you seen Avatar?) Mercedes-Benz says it all starts with an "inside-out design structure" that combines the car's interior and exterior into an "emotional whole."

The general shape is your typical futuristic bar of soap, with a light-up badge and illuminated spokes in the wheels. The car has no doors, and around back, the Vision AVTR has 33 movable, multidirectional "bionic flaps" that are meant to look like scales on a reptile. It's not really clear how, but these supposedly supply the vehicle with energy, along with providing the driver and passengers with incredible views of the outside world. These projections are then displayed on a huge screen in the front of the vehicle, which has a kind of triangular (OK, thong-shaped) design.

When you sit inside the Vision AVTR, the car detects your pulse (and affirms it with a thump on the seat back) and can sense your breathing. Mercedes says this biometric connection is integral to how the concept operates; it wants to merge passenger and automobile into a kind of "symbiotic organism." The pulsing control pad on the console is where you rest your hand upon entering the car, and this is where you'll manage all of the vehicle's key functions.

When you lift your hand, a menu screen is projected onto your palm, where you can "explore the world of Pandora from different perspectives" -- as in, the planet where Avatar is set. The seat design is also inspired by the hammocklike structures the Avatar characters sleep in, so you feel supported but also recumbent.

Should you have passengers or children on board, Mercedes says the Vision AVTR can adapt its functions accordingly. "Screens can be used to monitor the well-being of the children in the rear by the parents at the front," the company said in a statement. In fact, the front passenger's pulse is displayed in light on the seat backs, which is supposed to give your kids "a sense of connectedness and security."

Also, fun fact: Mercedes' statement refers to children as "inmates." And for them, the Vision AVTR has what the company calls a Magic Pool, which "offers learning-oriented gaming and a child-friendly augmented reality experience." Points of interest along the drive route -- rivers, mountains, buildings -- are shown with facts and info. It's a learn-as-you-go type thing.

A big theme of this concept is sustainability. The seats are made from vegan materials; the floor is made from a new wood type called Karuun, which grows as a natural, raw material, harvested by hand in Indonesia. What's more, the power source for the Vision AVTR is a new battery technology made up of graphene-based organic cell chemistry, which is totally free of rare earths and metals. The battery materials are compostable.

As for the rest of the car's mechanicals, we don't have a lot to go on. The Vision AVTR is autonomous, and it can crab-walk side to side, thanks to front and rear axles that can turn sideways up to 30 degrees.

What does this all mean for the future of Mercedes-Benz? It's kind of hard to say. There are a lot of forward-thinking concepts and technologies baked into this show car, but really, it exists less as a vision of the German automaker's future and more of a one-off creation with Avatar in mind. Either way, it's definitely something that could've come from the mind of James Cameron.

So based on the following parameters, the top programming languages 2019 for developers came to be these: 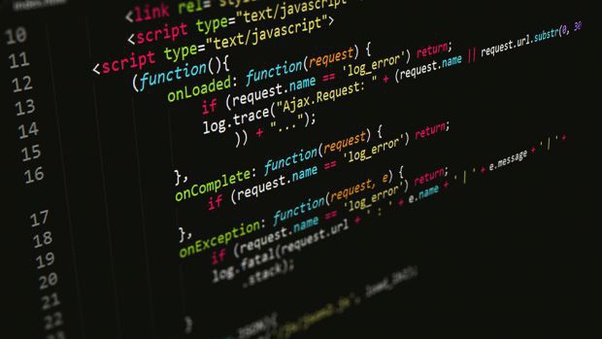 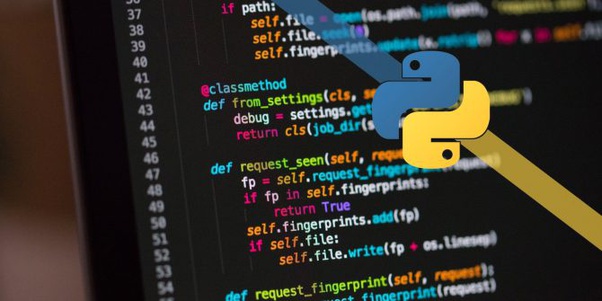 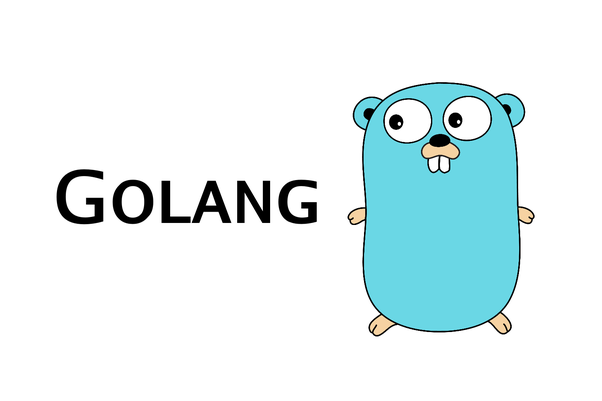 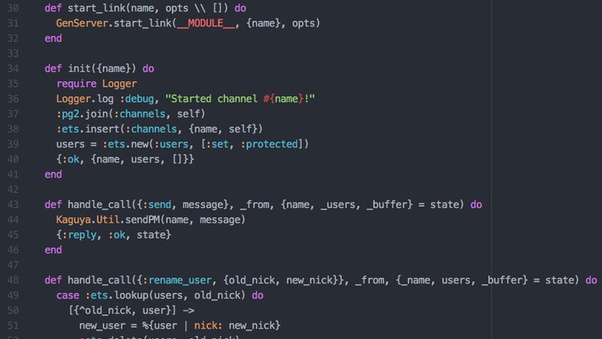 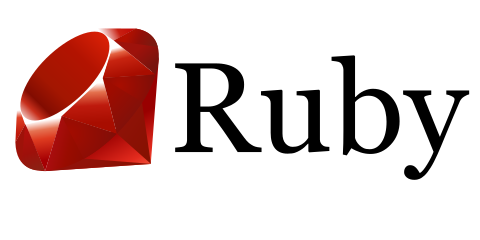 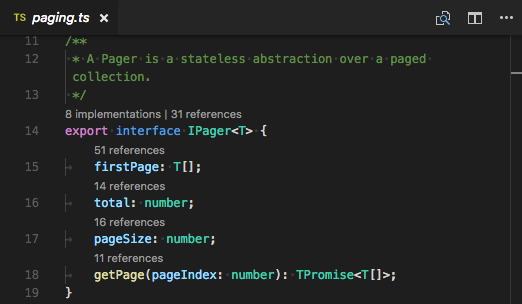 As a developer, this list will give you an idea of the 10 most relevant programming languages of today, and perhaps motivate you to learn one of these. If you’re brave enough, then all of it! Such is the beauty of coding and computer programming in general. You have all the resources you’ll ever need to upgrade your strength, and all that matters is where you put your heart and how you put the knowledge into practice.

Articles – Good topics for articles include anything related to your company – recent changes to operations, the latest company softball game – or the industry you’re in. General business trends (think national and even international) are great article fodde

Company policies – Are there company policies that are particularly important to your business? Perhaps your unlimited paternity/maternity leave policy has endeared you to employees across the company. This is a good place to talk about that